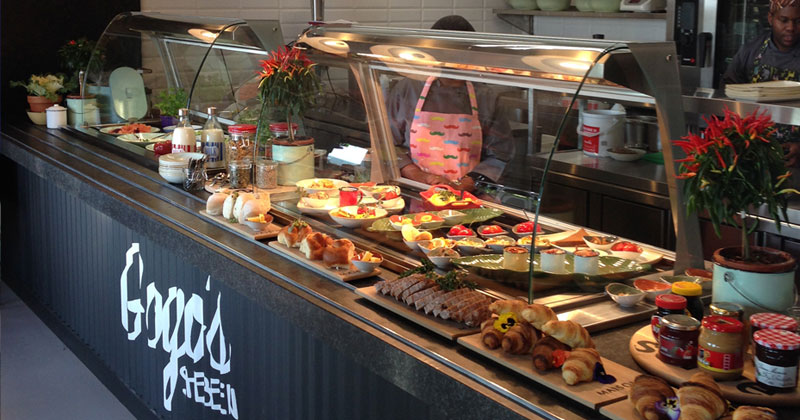 We provided Google’s new offices in Bryanston, Joburg, with a specific and comprehensive response to their staff canteen needs. The result is a harmonious space with distinctive identity, where employees can consciously enjoy their time-out, eat healthy foods while networking and communicating with colleagues. Google’s unique haven of culinary delight is more sustainable, more experience- and service-oriented and certainly does not disappoint. We would expect nothing less. 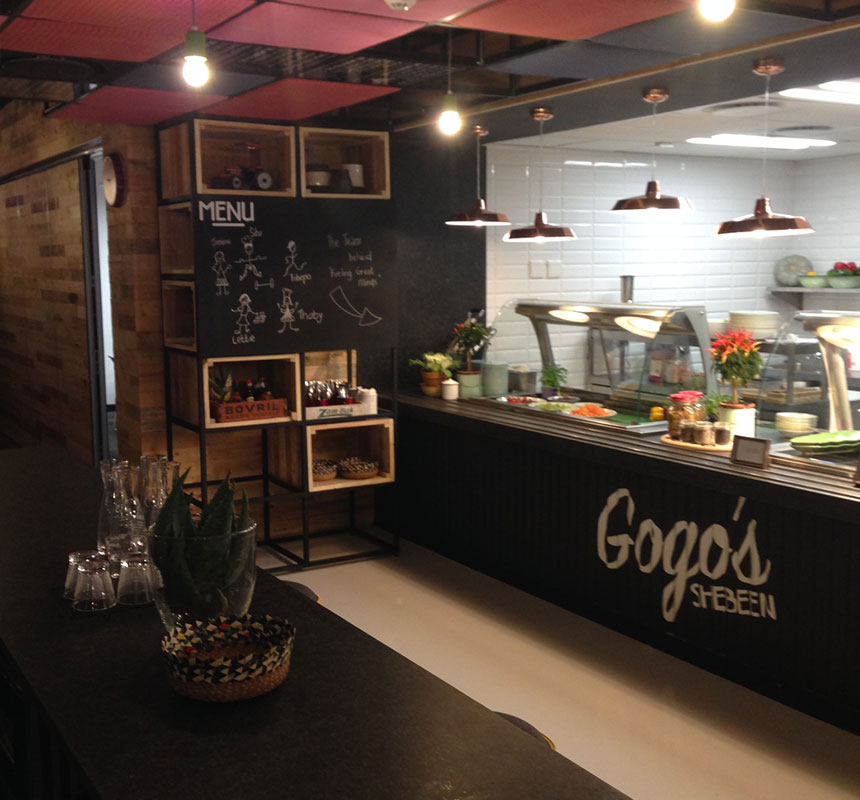 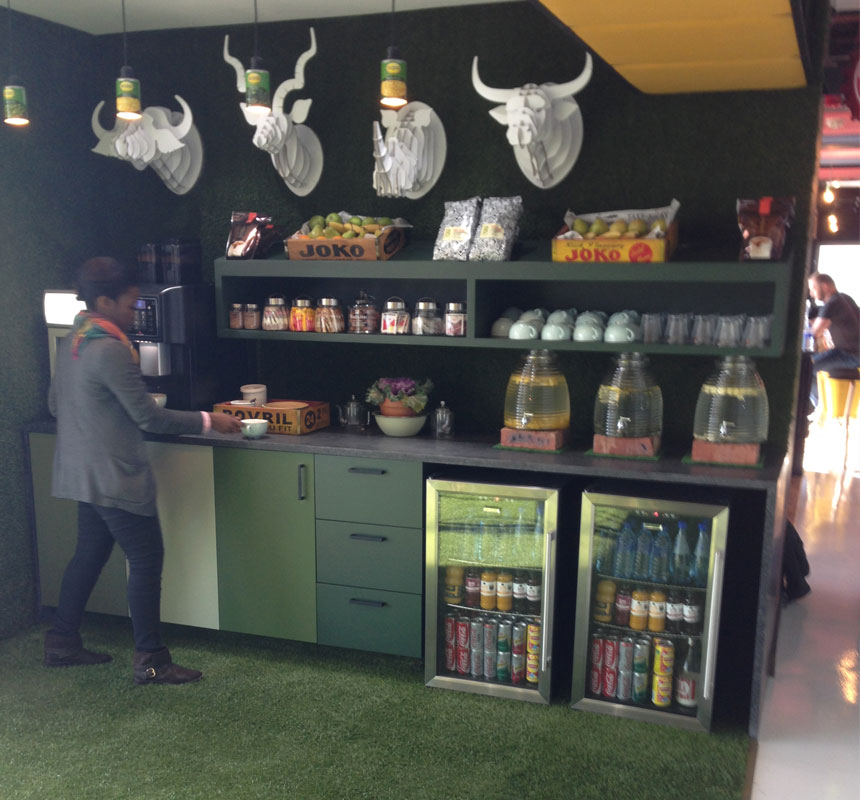 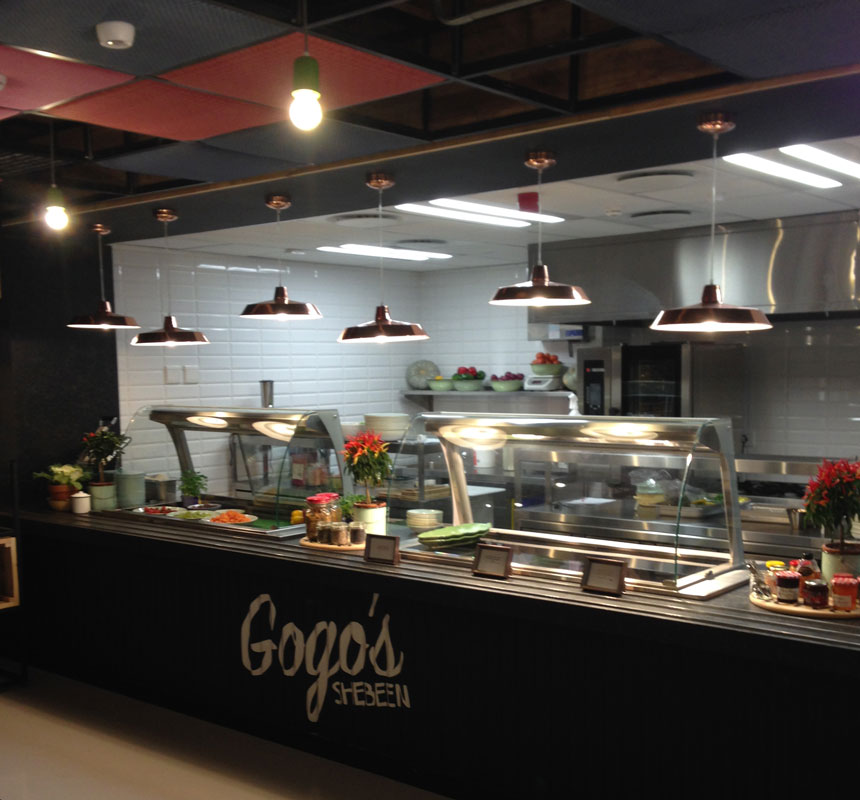 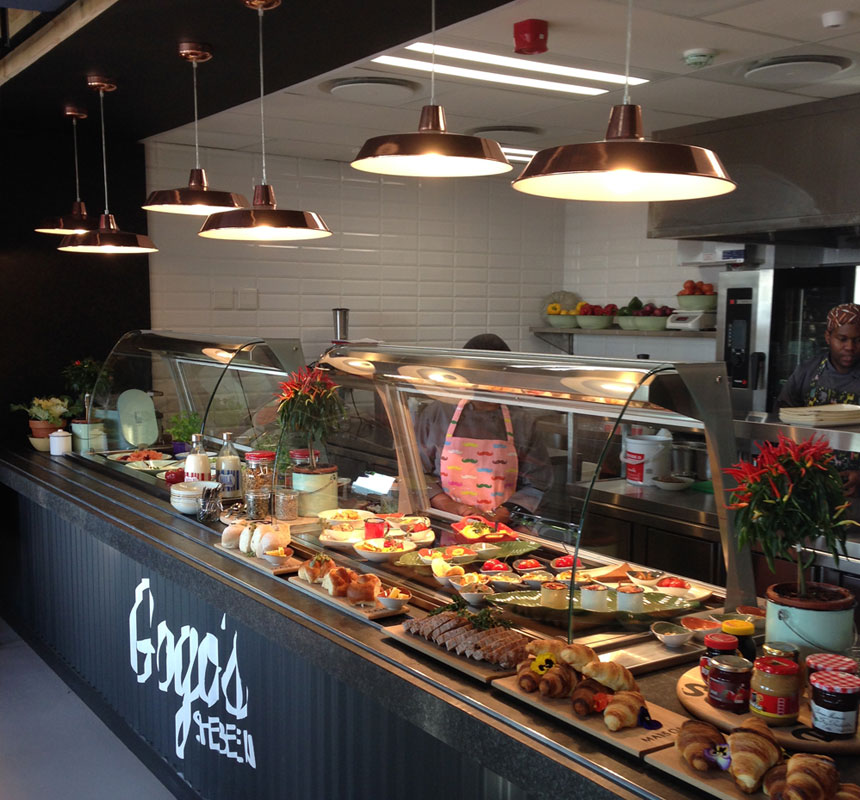 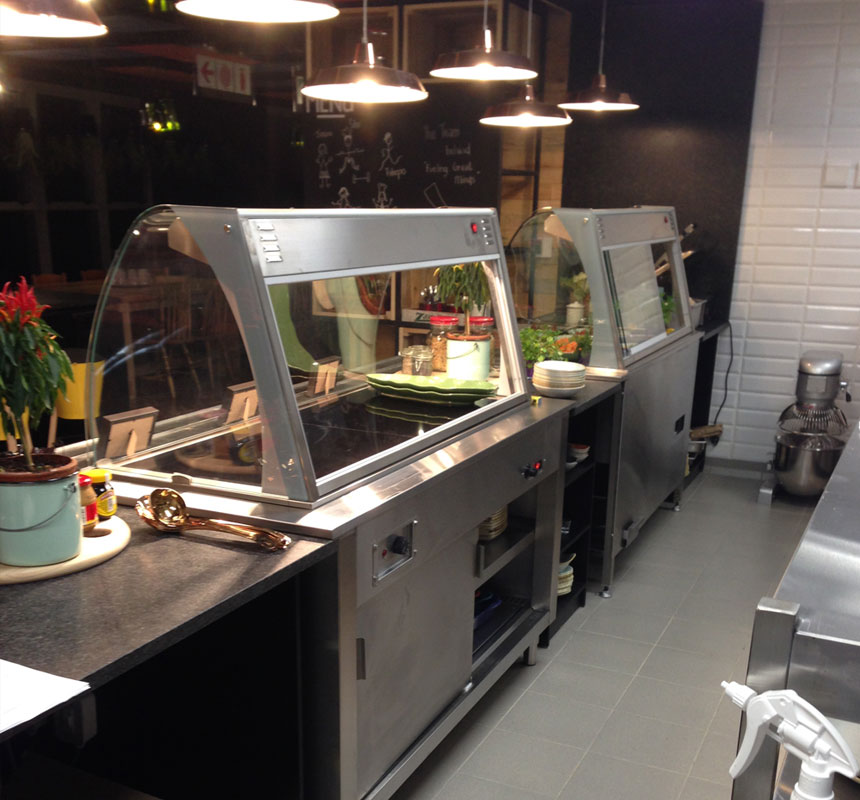 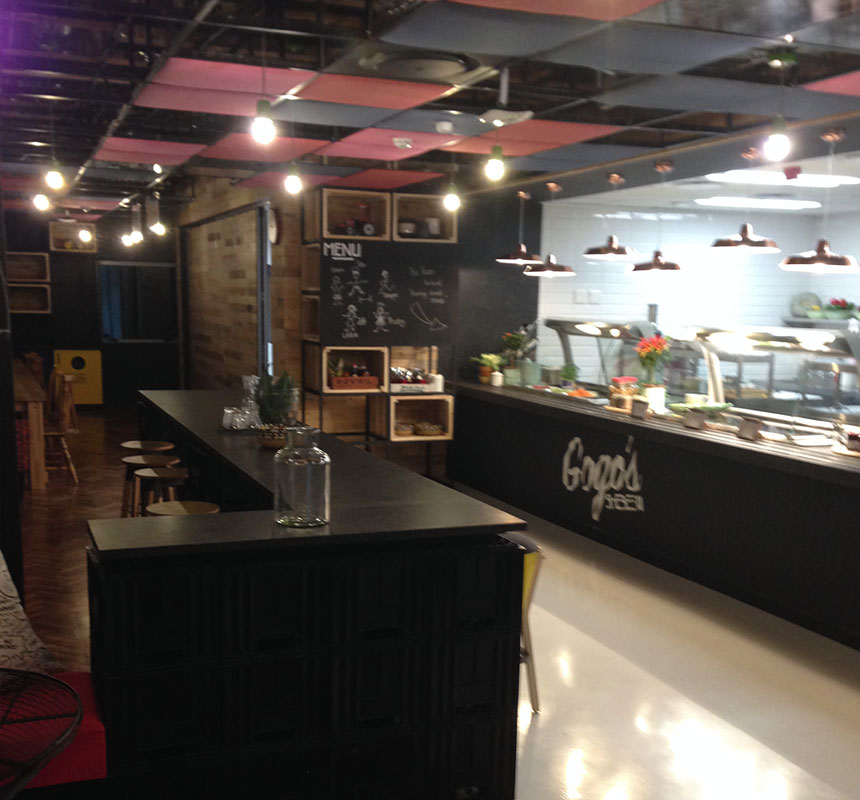 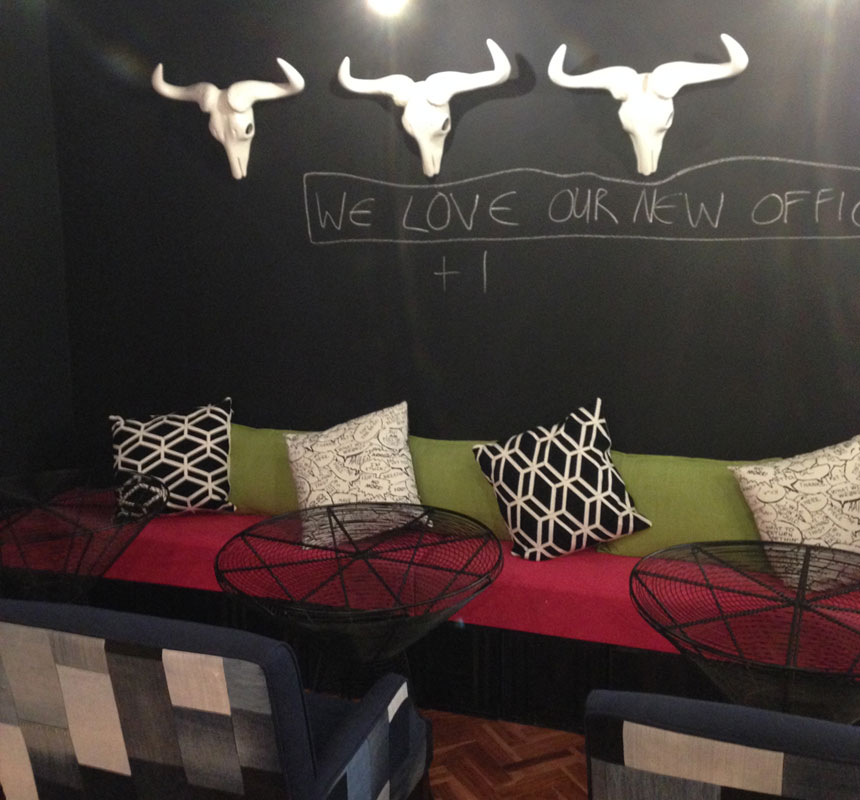 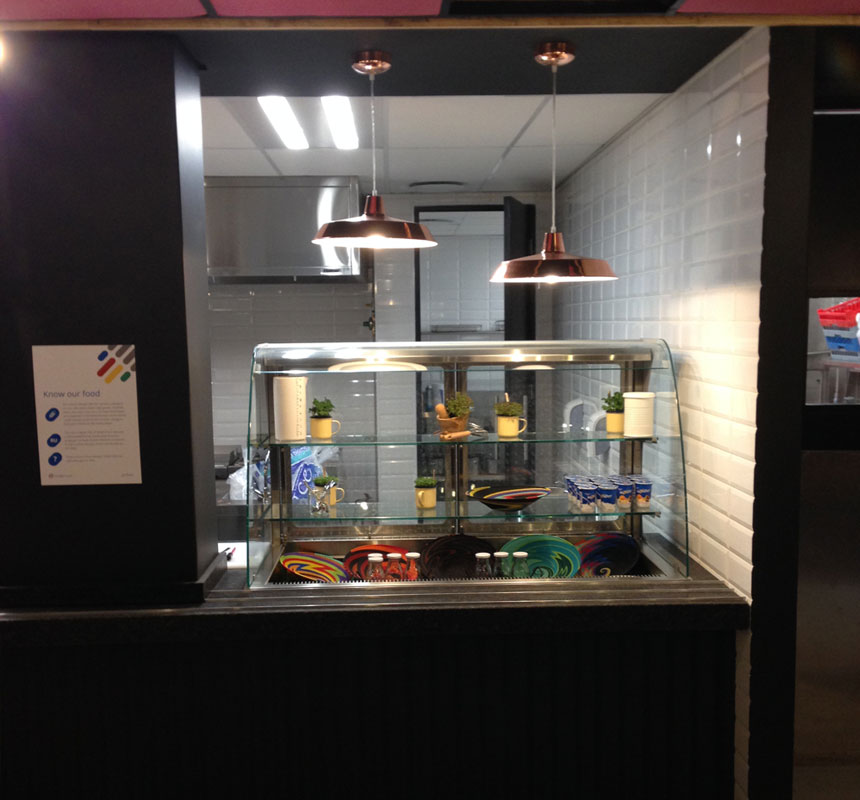 Google’s new offices in Bryanston, Joburg, are well, so Google. But I don’t see that at first. The Silicon Valley start-up that has taken over the world has a South African presence in Jozi in an anodyne office park.

I am disappointed – until I get into the interior space.

The company that prides itself on making congenial offices in which to work does not disappoint. There is a games room covered in indoor lawn, a staff canteen serving a range of healthy foods, and boardrooms named after South African colloquialisms. A real barbershop stool fills out a space made to look like an old-style male hairdresser.

A Howzit sign made of wire greets you in the reception area and beautiful beaded art with brilliant Joburg graffiti makes this space speak of Silicon Valley meeting one of Africa’s most vibrant cities. Standing desks, busy geeks and a totally wired environment complete the picture.

Please send me information about this product

These products may also interest you

Our mission is to continually strive to provide unsurpassed levels of efficiency and friendly service in the sourcing, distribution and personal after sales care of a select range of quality products, at distinctly competitive prices and always with the environment in mind.